Yeah!Nah gallery is an artist run space. Vote on the art. Winners go through to final show in 6 months.

We have closed our Shanghai Gallery. We plan to open an online gallery and host scatteresd popup shows around Australia and other countries. If you have a space you would like to donate for the popup please get in touch. 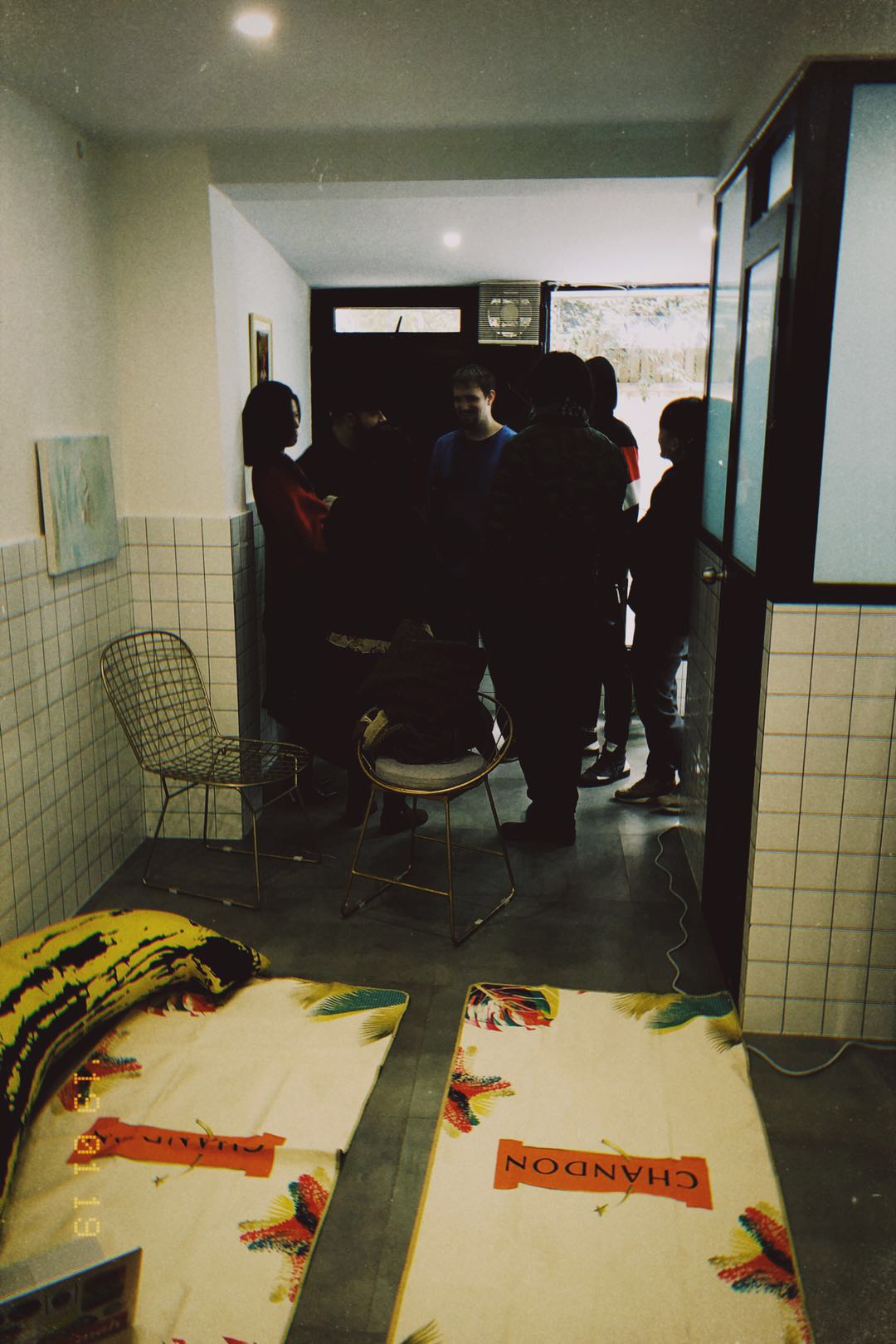 Changbai uses AI to create a literal “digital soup” painting of a baby. Vera uses oil paint to paint naked human form and evokes emotion and meaning. Zhijun explores water as a medium to tell a story. Erik's work engages biological science and how it can combine with material and digital art. Rhys combines film photography with sound.

Looking at ramen and looking at babies both make us feel happy and warm inside. If only there's a way to look at them at the same time! Wouldn't that be fantastic? Well, now you can! Ramen baby blends ramen and baby together; two things that we find absolutely delicious. The blending is done by a neural network. 可爱的小宝宝与日式拉面有不少共同点：都让人想上去咬一口，在疲倦时看一看都会让人放松。如果能把这两个温暖的东西合起来一起看，效果会不会成倍放大呢 :) 拉面宝宝的图像是由神经网络合成的

Changbai is an emerging media artist and creative coder from Shanghai. His work explores the playful intersection between humans and digital art. He engages human expression through games and playful experiences.

Chongqing is a future city with a central river (ZhongYu). The whole place feels like a page from Neuromancer. When I visited in 2010 I took photos on film with my Holga camera. I’m revising these photos and accompanying them with sound to bring them to life. I try to capture the futuristic feeling and hustle and bustle of the city. The audio takes you on a journey as you fly over the city. Glyde over a shipping container on the river. Then get zapped into the train station and drift by. Finally float through the market. The whole time you feel like you are flowing through the city like a liquid being just observing, however there is a temporal distortion where the image (photography) are static but the audio progressive to help you transgress. I like this idea because its used in one of my favorite films Chris Marker’s La Jette.

Rhys Turner is a Shanghai based Australian Creative Technologist, Artist & Creative Developer working for Wieden+Kennedy Shanghai. With over 20 years experience in web, desktop and mobile software engineering he is focused on emerging technologies and innovation. Rhys has a Masters of Visual Arts: Media Arts, Bachelor of Visual Arts Hon 1 and is a Microsoft MVP. He is an active and practicing visual artist a surfer, and optimistic futurist.

Water is commonly seen only as a part of the physical environment and of ecological resources; however, there are strong linkages of water and culture and people’s lives. Symbolism of water lies in peace, life, and regeneration, its significance expressed in spiritual, religious or social rituals, imbuing it, and its users with meaning and value: ‘‘water is always a metaphor of social economic and political relationships – a barometer of the extent to which identify, power and resources and shared.’’(the Water Community, 2)

Zhijun is an interactive art artist based on Baltimore, Maryland. Her work is mainly concerned with coding, interactive installation, as well as 3D fabrication. Her interests are focused on sound sculpture and visual narrative context responding to the daily environment. She has made several projects on the relationship between people and the physical environment, including a mirror project with Face OSC and a camera to respond to the selfie culture. The installation pixelates the image in mirror when people approach it. Her current creations are on interactive and immersive sound-art installations about waterfront community.

My work engages biological science and how it can combine with material and digital art.

Erik Zepka (erik rzepka, ek rzepka, erik hoff zepka, xoxoxcom, xoxox) is a conceptual media artist whose work looks at science and technology from a social and aesthetic perspective. This work takes the form of digital art, material art, and social events. Virtual work has been shown on Peer to Space, The Wrong Biennale, The Odyssey Simulator, Furtherfield, Underacademy, Gallery T, Extropia, Remixworx, Super Art Modern Museum, and Gallery Online. Material or installed work has been shown throughout the world in venues such as the Tate Modern, the Nabi Museum, The Whitney Museum, Pikselfest, Videographe, VIVO Media Arts Centre and ISEA while more social events have been presented at the SFU Institute for the Humanities, the BIL Conference, NYU Steinhardt, BCIT, Microsoft, the Electronic Literature Association, the Digital Humanities Summer Institute, and the Modern Language Association Conference. Collaborators have included such artists as Pauline Oliveiros and Stelarc, and such social works as the conception and co-founding of the community science lab the Open Science Network. 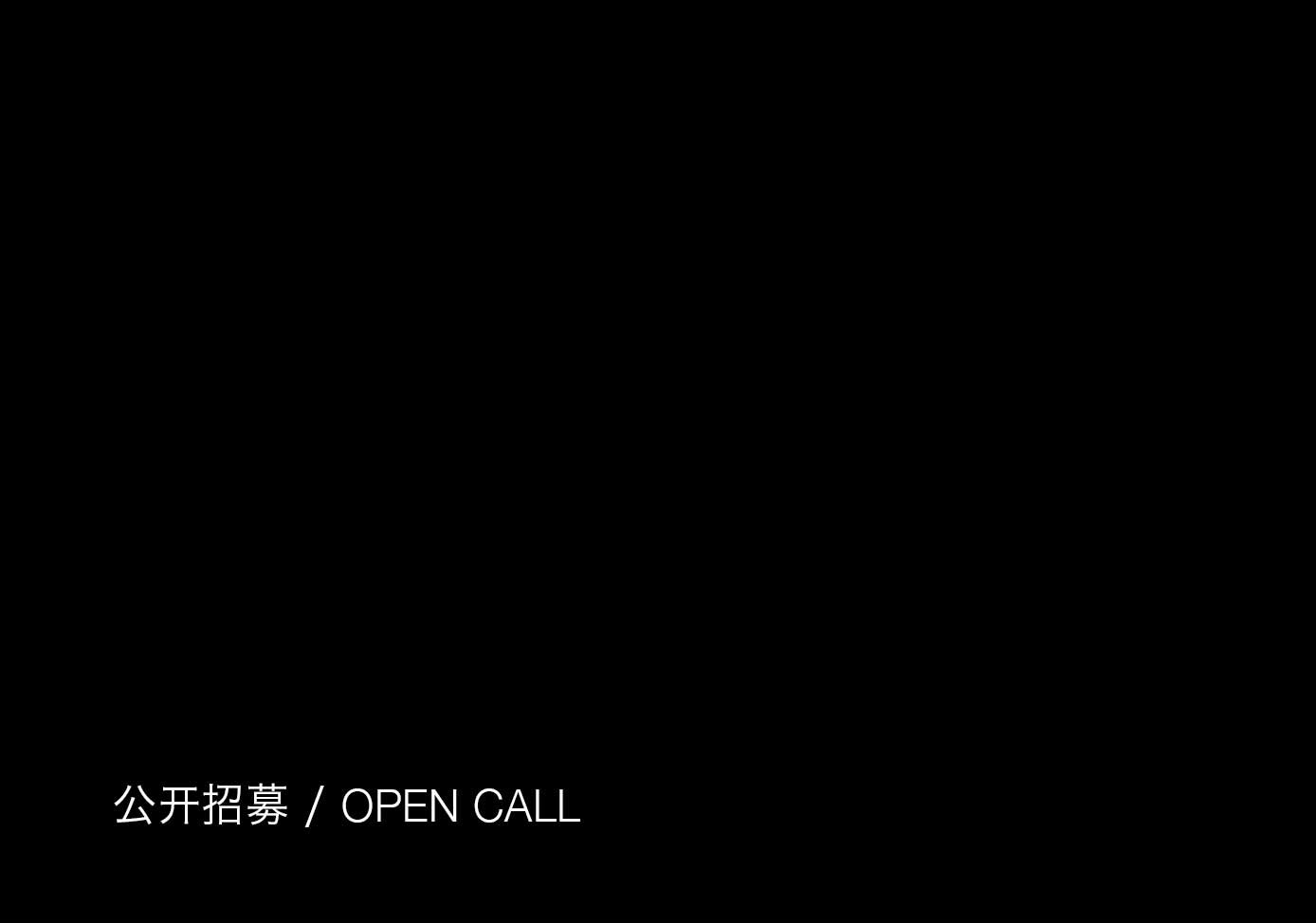 Yeah!Nah! Gallery has an open call for the 6th and final exhibition. If you or anyone you know has work they would like to show at the gallery for 3 weeks in Janurary please have them contact Yeah!Nah! now! 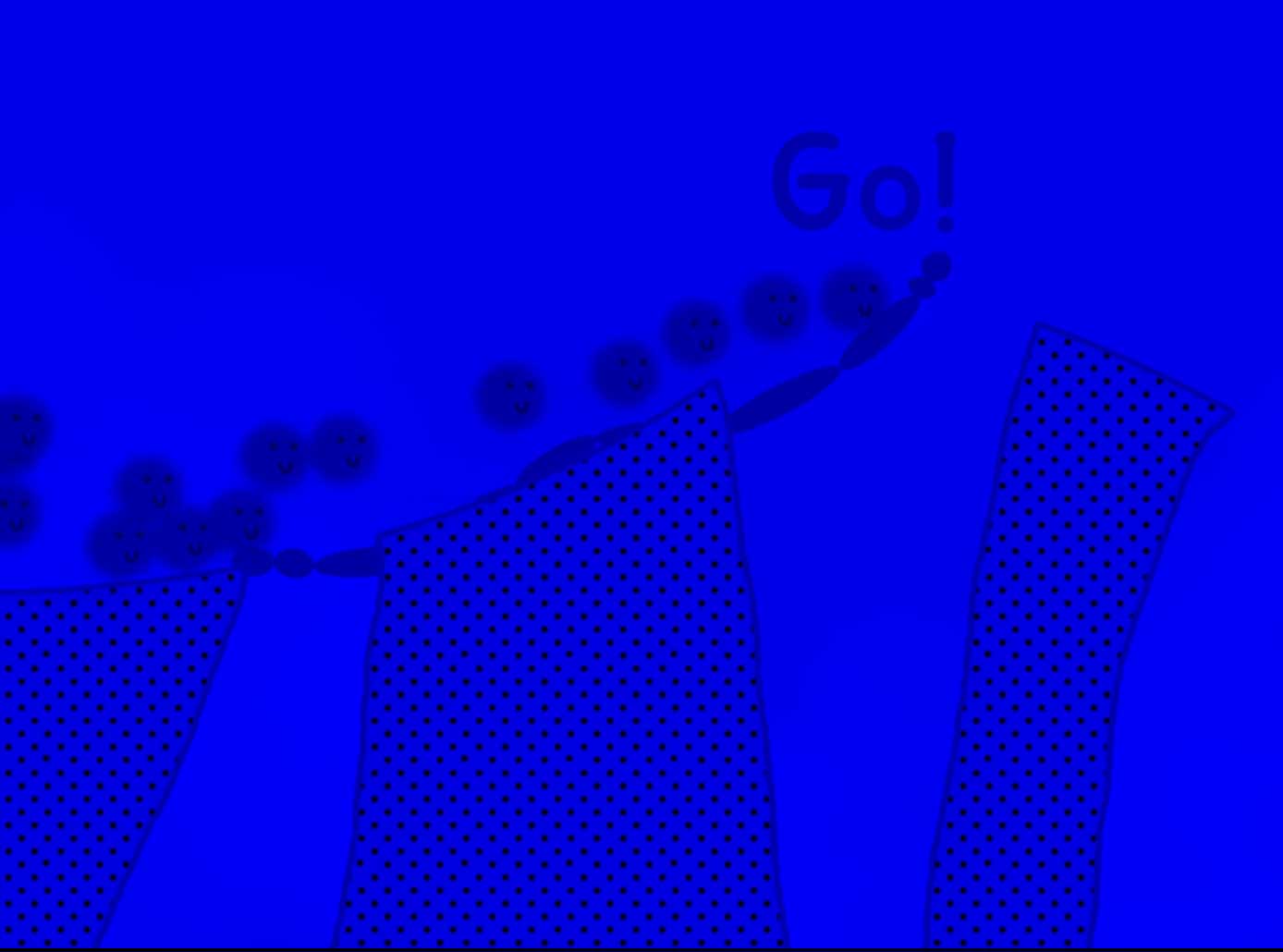 Konnect is a game about helping out the little guys. The common trends in modern gaming offers competition, power fantasy, and often involves complicated control scheme. This game, on the other hand, is about collaboration, stewardship, and with a natural control scheme. I hope this game can show others the vast possibilities in game design. Konnect 是一个关于照顾小家伙们的游戏。玩家的手臂在游戏中转化成帮助小家伙们跨越悬崖的桥梁。现在主流游戏大多围绕竞技和个人主义展开，操控方式也经常比较复杂；Konnect的玩法则是围绕着合作与帮助而设计的。我希望能通过这个游戏让大家了解到游戏的可能性。

Changbai is an emerging media artist and creative coder from Shanghai. His work explores the playful intersection between humans and digital art. He engages human expression through games and playful experiences. 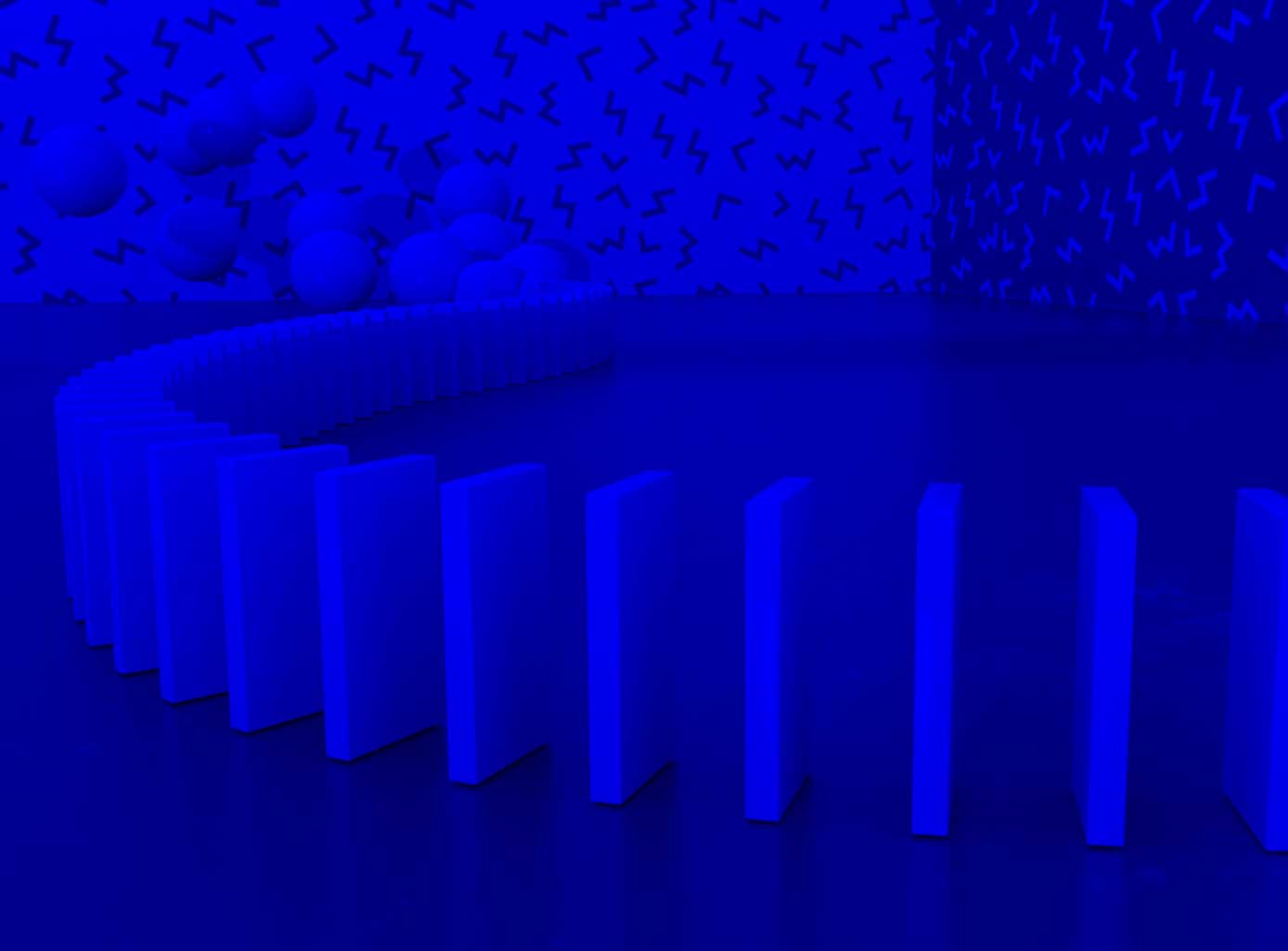 Toys represents a personal project to reevaluate the toys I grew up playing with and what could happen if the laws of physics didn't apply to them. Specifically exporting comical ways in which the usual wooden toy could act in a less than desirable way, like turning into balloons. Defiantly don't read to much into this one... 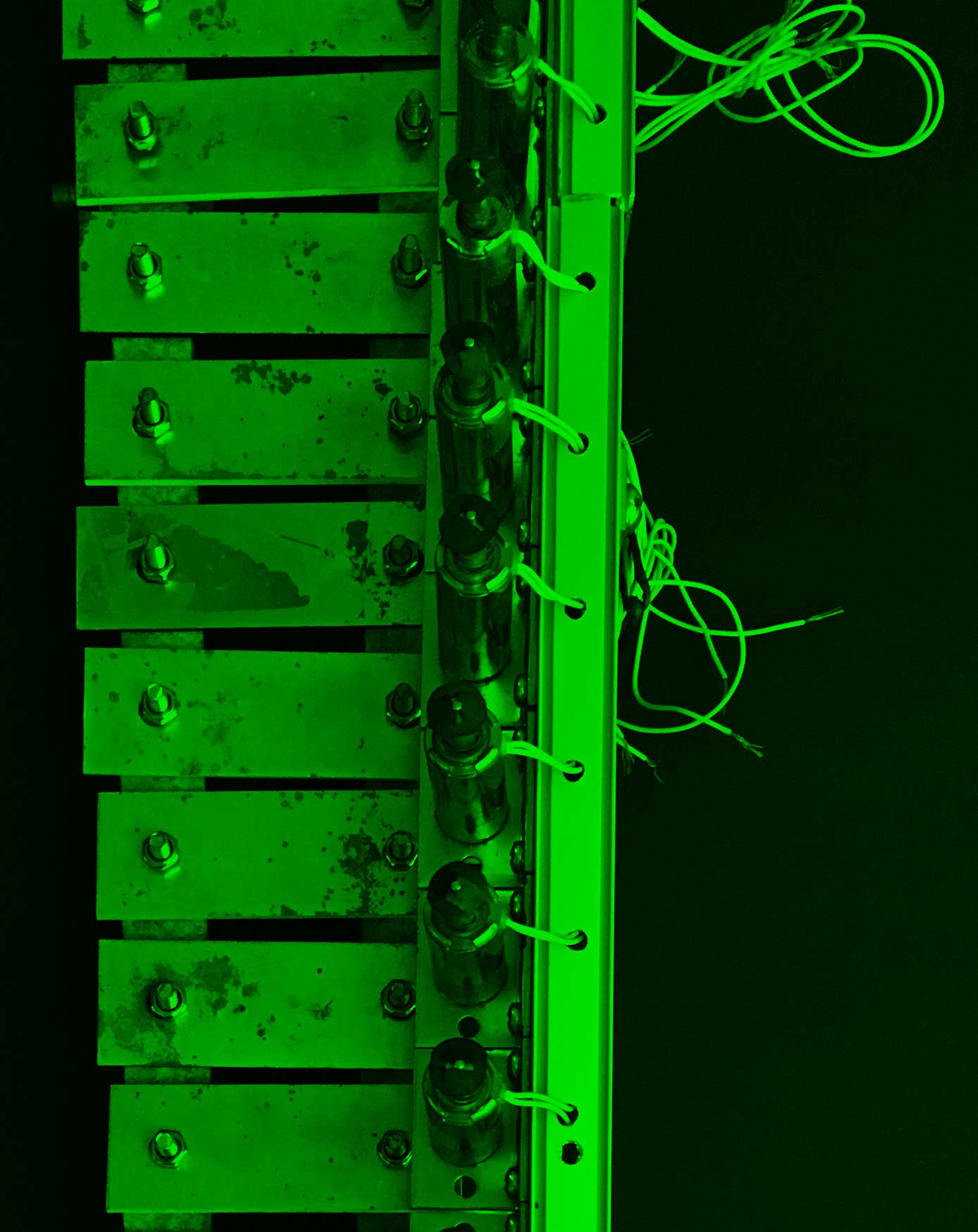 The Little Sound Machines is a sound installation consisting of a series of both mechanical and digital machines that are connected to an AI network. Three AIs form the central brain of the network. Through learning from and influencing each other, the AIs construct the musical phrases that are then played out through a series of sound-generating machines. The music generated by the AI is also presented on a series of television screens that visualizes both the AI data and audio, as well as machine logic and behavior to the audience. This piece speculates on the future of music creation in the age of artificial intelligence, and through experimentation, presents an exploration of new musical interface that erases the composer from the equation, to present a purely machine-made performance. 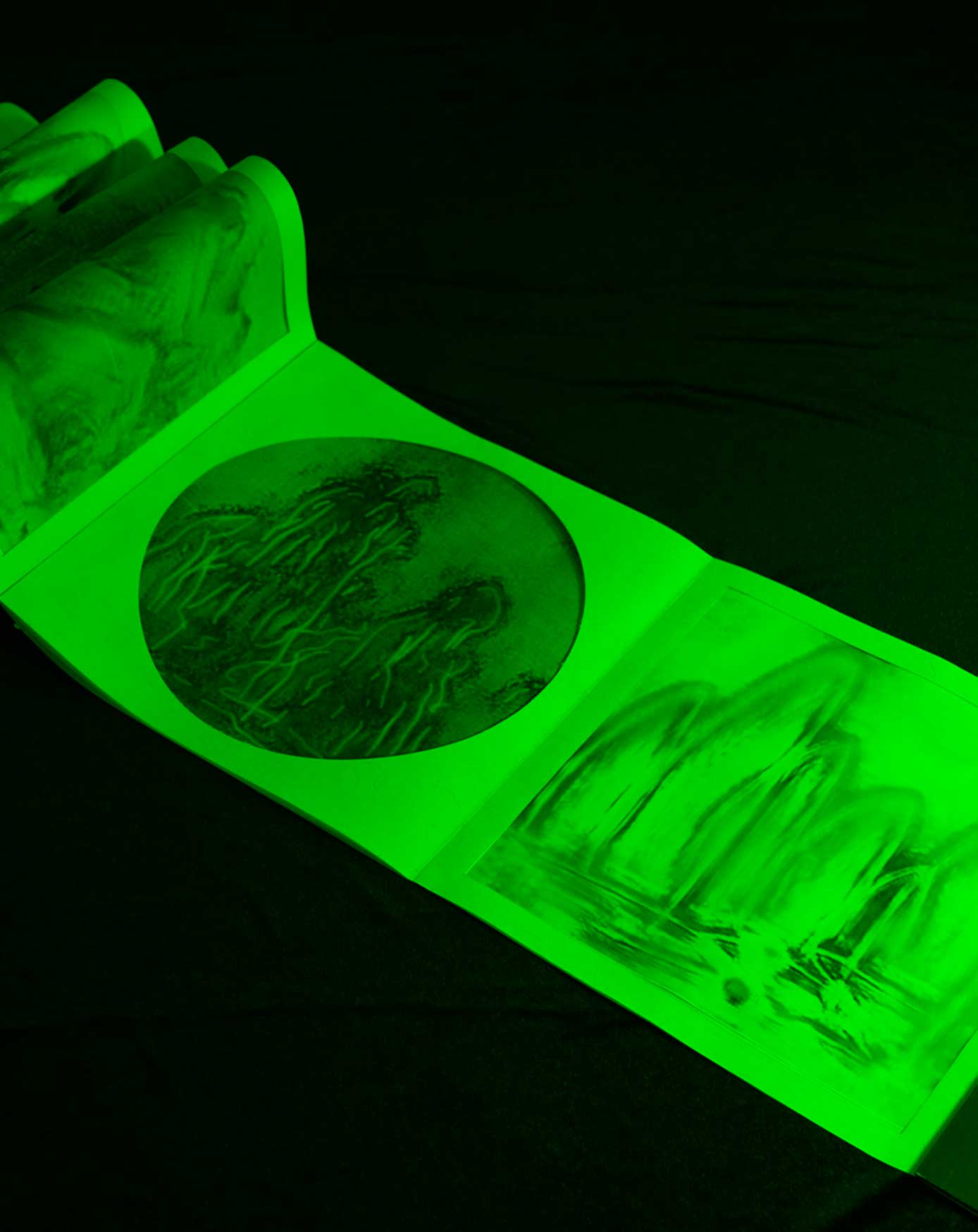 Shanshui -DaDA is an interactive installation that utilizes AI technology in helping amateur participants realize traditional style Chinese landscape paintings. The audience is invited to sketch the a simple line drawing representation of their ideal landscape painting in the software interface, through calculation, DaDA will generate a Chinese Shanshui painting based on the structures drawn by the user. Shanshui -DaDA is the first of a series of explorations that seek to find AI’s role in traditionally human creativity centered areas. By way of challenging the creator’s conventional position, the artist poses the questions: Can we design AI to better collaborate with and facilitate, even enhance human creativity? 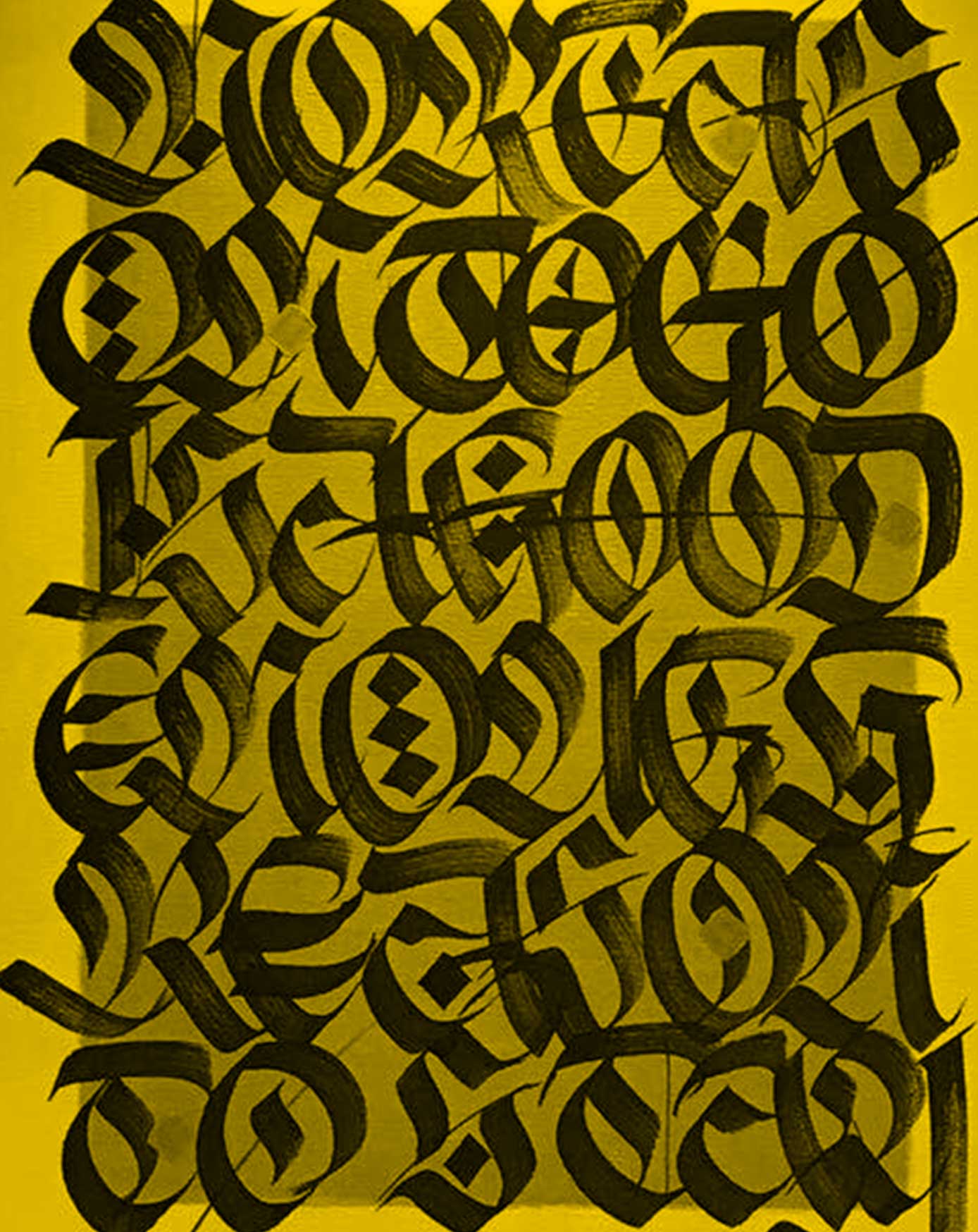 Yao's work struggle creates a tangable tension between the viewers self through interactivity that encourages them to move and be a part of the work.

Turner & Popov create a multiplayer WebVR experience where visitors to the space engage and interact with each other with both sound and visual as a audio visual remix engine. 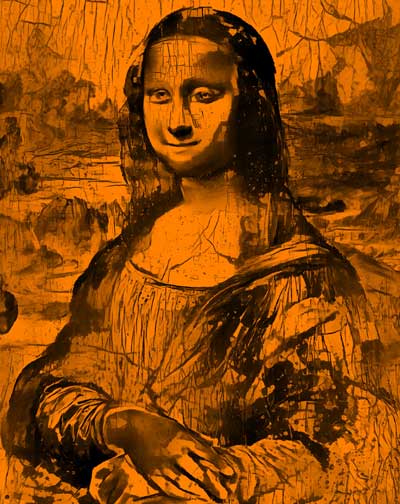 Artsits include: Gene Kogan, and a Turner & Insta Photo Co 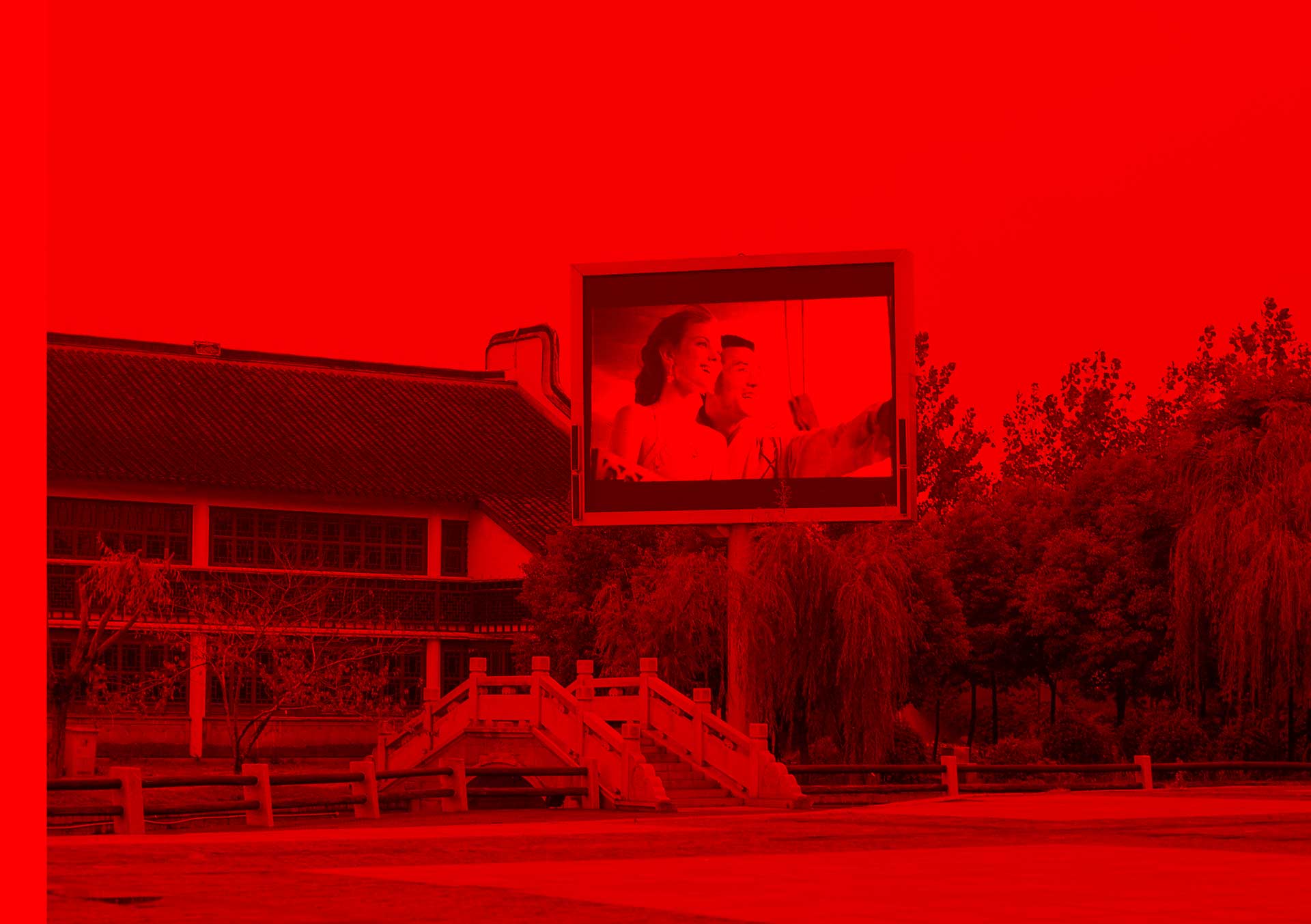 Three little pics is a film photogrpahy exhibition. The idea came from my Uncle Barry who was a well known food photographer in Sydney Australia. He told me when I worked for him as his photogrpahy assistant in his studio that you should only have three photos in your portfolio. THese three photos will represent who you are as a photographer. This show takes that concept and applies if to three local film photographers who appreciate the lost art of the analogue medium.